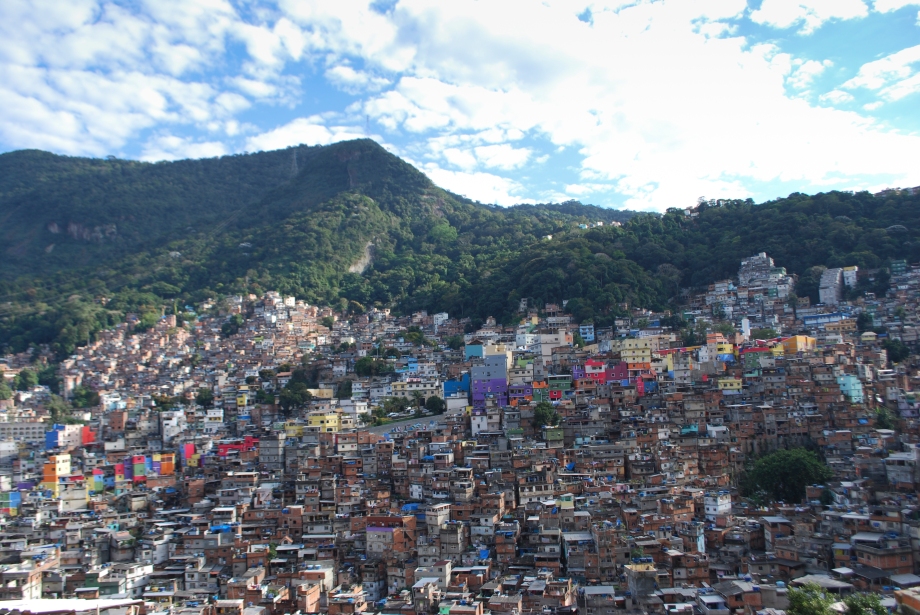 The photography project took place in the neighborhood of Roupa Suja, which is one of the most impoverished neighborhoods of Rocinha. A favela is the Brazilian equivalent of a shantytown, or squatter settlement, which are generally found on the edge of the city. They have electricity, but often are not formally recognized. Favelas are constructed from a variety of materials, ranging from bricks to wood and anything else the people can use. Many favelas are close and very cramped. Most lack adequate sewage and electricity. Although many of the most famous favelas are located in Rio de Janeiro, there are favelas in almost every large Brazilian town. One in four residents of Rio de Janeiro live in a favela. 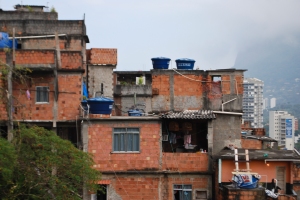 Although Rocinha is still a favela, it has developed from a shantytown into an urbanized slum. Today, almost all the houses in Rocinha are made from concrete and brick. Some buildings are three and four stories tall and almost all houses have basic sanitation, plumbing, and electricity. Compared to simple shanty towns or slums, Rocinha has a better developed infrastructure and hundreds of businesses such as banks, drug stores, bus lines, cable television, including locally based channel TV ROC, and, at one time, even a McDonalds franchise, though it has since closed. These factors help classify Rocinha as a Favela Bairro, or Favela District.

The population of Rocinha is estimated to be anywhere from 60,000 to 150,000 though some believe more than 400,000 people live in the favela. It is the largest favela in Brazil and one of the most highly developed in Latin America. Like most favelas, Rocinha was under the control of a criminal faction. Rocinha was recently pacified by Brazil’s military police to remove the drug gangs in preparation for the Olympics and is now under police control. Footage of Rocinha has appeared in the 2008 movie The Incredible Hulk, Fast Five, and some episodes of the Brazilian television series City of Men.